The Peculiar Miracles of Antoinette Martin hits bookstores one week from today!  So it's fitting that I was interviewed by the Huffington Post today.

The Inspiration for Antoinette

In a previous post I wrote that The Peculiar Miracles of Antoinette Martin was inspired by two events in my life.  I already detailed the first event: the birth of my son.  Today I'm going to talk about the second event: adopting our first daughter from China and discovering that she was severely disabled.

In the following video, I talk about that experience and how it changed the direction of the book.


Posted by Stephanie at 3:35 PM No comments: 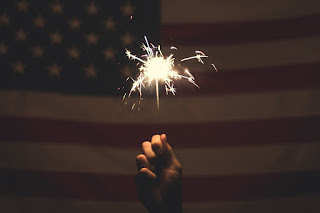 Both my blog and my website are blocked in China.  I discovered this the last time I was there--two years ago.  I've been to China four times.  On three of the trips I was able to easily access and update my blog so that people could follow along with our adoption story.  But on the last trip, both sites were blocked.

I found out by talking to some IT folks that the sites were probably blocked because I wrote the word China and the firewalls wouldn't let it go through.  (And because my IP address originated from outside of China.) One wrong word and both sites were shut down.

On this last trip to China, everything was more tightly controlled.  It was a very different country than the one we first visited in 2005.  People seemed to be feeling it.  Three different times we were approached by people asking us to help them leave the country.  That had never happened before. 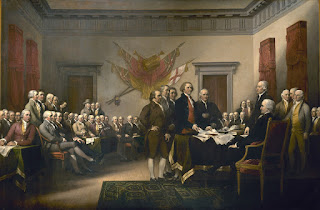 There's a lot wrong with the United States.  Lately, we can't seem to agree on anything.  We argue every little thing to death.  But the fact that we can argue, that we can speak our mind, shows something very right with our country. 240 years ago, a group of men wrote out their thoughts.  They risked their lives so that they could speak their minds. That's a freedom that doesn't exist everywhere.
I write without fear of censorship.  We have libraries and schools filled with books written by people of different races, genders, and nationalities--all exercising their unique voice.  We can stand on a soapbox and shout our beliefs without fear of government recrimination.  I appreciate fireworks, but what I'm truly thankful for is that because I live in the United States, I'm allowed to speak my mind.

Our country was born when Thomas Jefferson put pen to paper and wrote the Declaration of Independence, a document so powerful that its words still ring true today. We might not be perfectly executing those words, but that doesn't lessen their truth.

Today, I celebrate Independence Day by writing, by speaking my mind without fear.  Happy birthday, America.  Today I celebrate all that is right (and write) with you.
Posted by Stephanie at 11:29 AM No comments:

One Month from Today...

My book, The Peculiar Miracles of Antoinette Martin, hits the shelves.  It feels strange even writing that.  The process of creating a book is a loooong one.  Thirteen years will have passed from the initial idea to the time the book appears in stores on August 2nd.

Now, I didn't spend the entire thirteen years only working on this book.  In fact, I didn't even start writing as soon as I had the idea.  Instead, I started thinking.  Then I thought some more.  Then life intervened, the idea got shelved for another year or two.  And then I had another idea that complimented the first idea.  That's when the story started to take shape.

Since a lot of people ask me about the writing process, I thought that what I'd do over the next month is to take you through my writing process.  (It's different for everyone, and probably for every story.)

As a writer, I draw a lot on my personal experiences, and this book is no different.  This book sprang directly from two experiences in my life.  Today, I'm going to talk about the first experience.  This was the one that I started thinking about and then shelved for a bit.  And that was, the birth of my son.

My husband and I went through years of infertility before I became pregnant without any medical intervention.  We were thrilled.  We had spent years longing for a child only to be told that it would never happen.  Yet here I was, pregnant.

That joy was short-lived.  When I was six months pregnant, I went into pre-term labor and was hospitalized.  For two weeks, doctors were able to stop my labor, but then my son's heart rate dropped and they were forced to do an emergency c-section.  My son was delivered ten weeks early.  He was so tiny he fit in the palm of my husband's hand.

Despite his early birth, my son was fine.  I wasn't so lucky.  While they were delivering my son, doctors discovered that I had developed peritonitis and was in multi-system organ failure.  I was put on life support and my family was told that I wouldn't make it.

Obviously, I survived, and I was later diagnosed with Crohn's disease.  I spent a total of six weeks in the hospital and endured numerous medical procedures before I was discharged.

It took months for me to recover (both physically and psychologically) and during that time, I started thinking: What if my story hadn't had such a happy ending?  What if instead of Crohn's, I had been diagnosed with a disease that isn't manageable?  How would a child handle growing up knowing that their birth had caused their mother's illness?

That question was the genesis for Peculiar Miracles.  As  new mother, I worried that my son would grow up carrying guilt that he had somehow "caused" me to become sick.  More than anything, I didn't want him to feel that way.  I didn't want him to be the kid with the sick mom.  Writing is the way I process life, so I suppose it was only normal that I turned to writing in this case also.

However, I didn't start writing the novel at this point.  I had to learn how to be a mom and how to live with this disease.  So I put the novel idea aside.  It wasn't until two years, when  later that the story would truly come to life.  And that's what I'll cover next time...
Posted by Stephanie at 2:43 PM 3 comments: