How Big is Your Shadow? 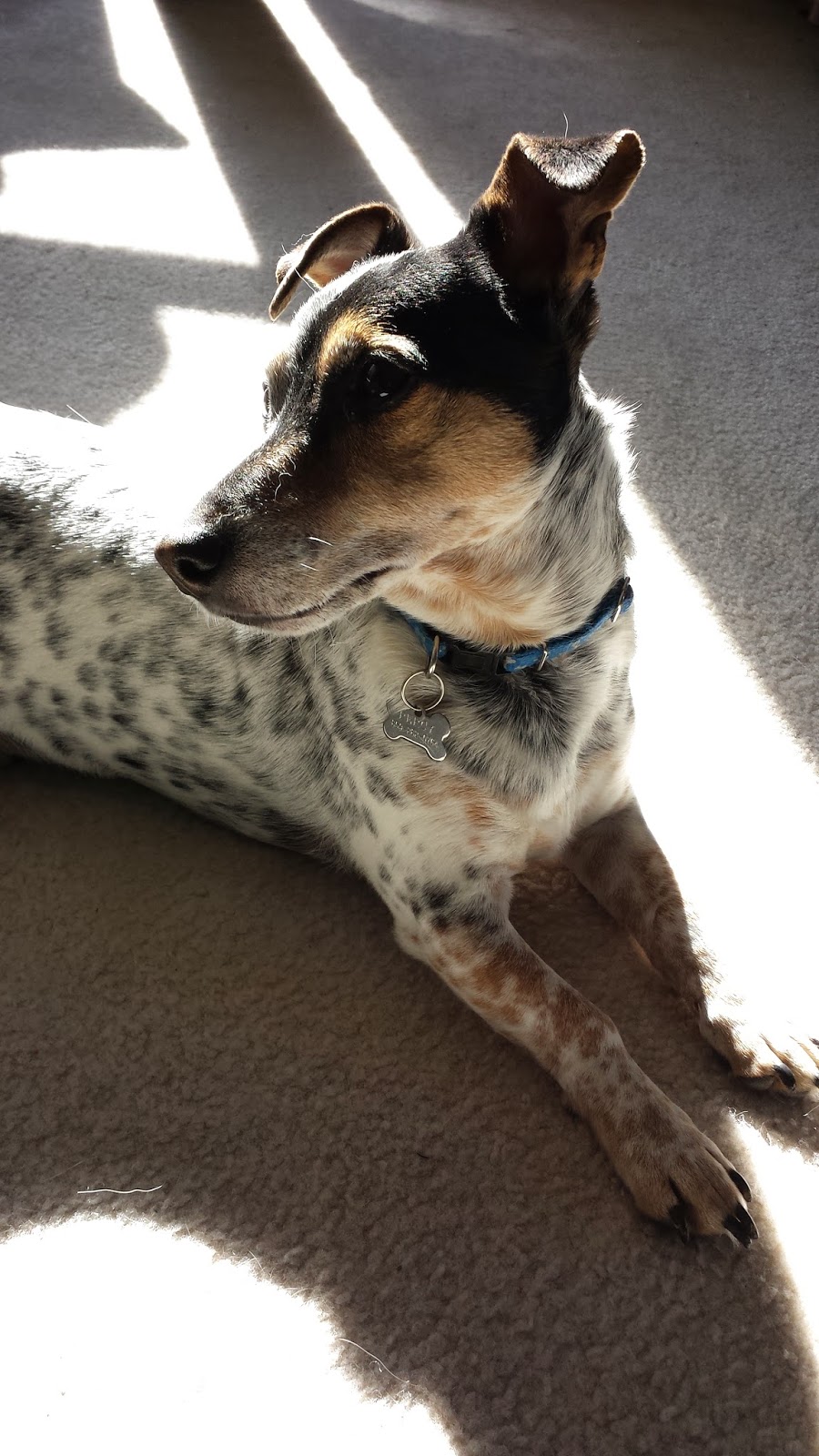 This is Percy.  He's my writing buddy, my gardening pal, and my blanket warmer.  I love this little guy.  Last year, I was at Petsmart getting food for my other two dogs and there was Percy.  He was this odd-looking little dog in a crate, and everyone passed him by.  (My husband says that's because Percy "fell off of the ugly tree", but obviously, my husband is blind.  Percy's adorable!)

I talked with the woman in charge of the rescue organization, and she said he had been at Petsmart for several weeks, but no one stopped for him.  (Sad face here.)  It was love at first sight.  He was mine.  I was his.  I called the husband and cajoled him into yet another dog.  Percy came home with us that day, and he's been my shadow ever since.

The first few months Percy was with us, he didn't make a sound.  My other dogs are wild.  When the mail truck or the UPS van would drive past, they would Freak Out.  Barking.  Jumping.  General Craziness until they had "rescued" us from the UPS man.

He'd sit quietly shaking beside me.

Fast forward to last night.  I was taking the dogs out one last time.  I had the two big dogs leashed and ready to go, when three large deer ran across the street.  Percy saw them and shot out of the house, barking like crazy.  He ran down the street after the deer.  (I wasn't worried.  Percy has a very good recall.)  My two oldest kids were with me, and I had them hold the big dogs while I called Percy.

Percy had chased the deer into the woods a few houses down.  As soon as I called him, he herded the deer back across the street and then came bounding back to me.  He looked like a jack rabbit jumping through the grass. 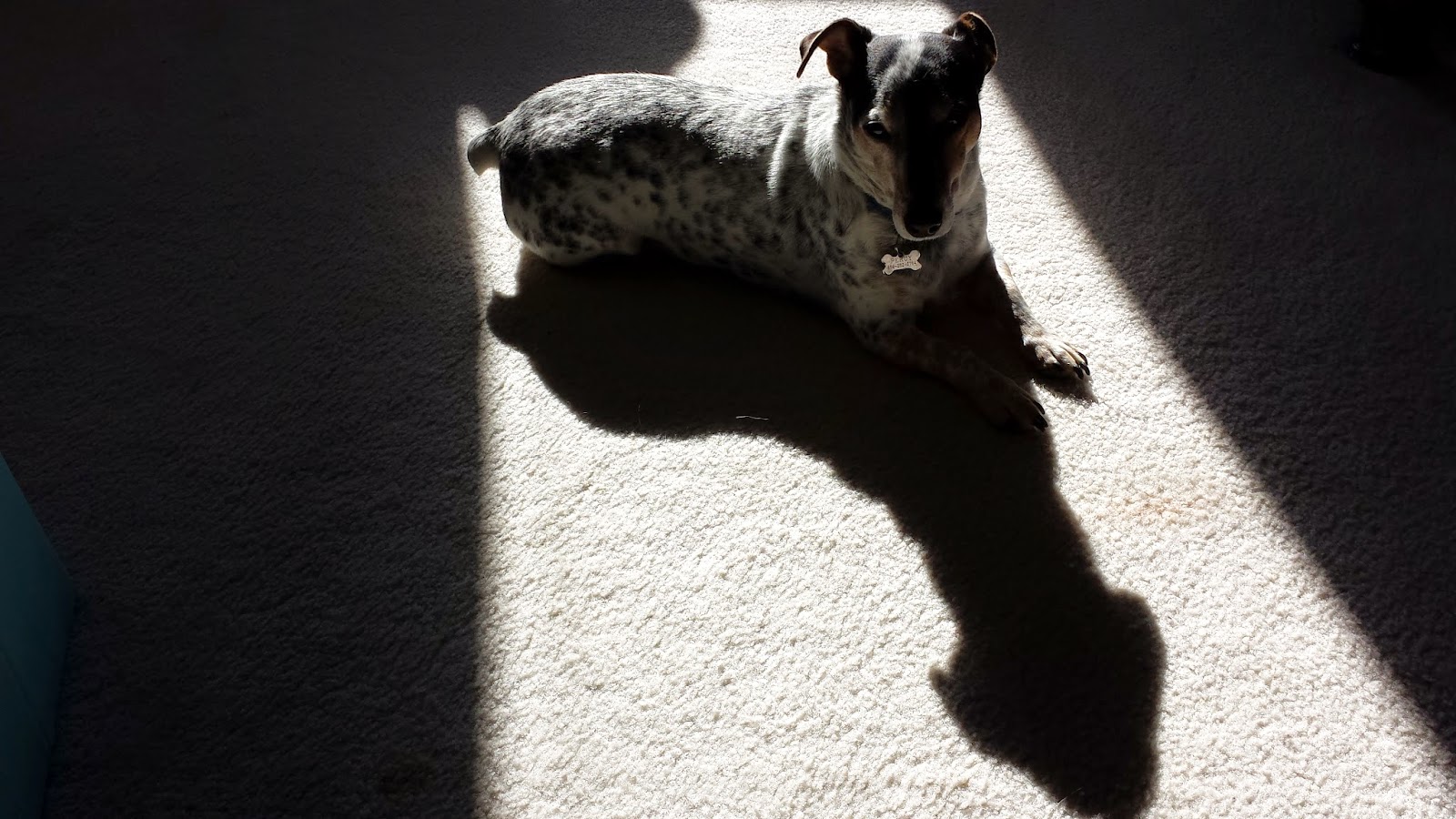 My kids were laughing as Percy returned.  He is after all, only 14 pounds.  But all I could think of was here was this little guy (emphasis on Little) who just a year and a half ago was too scared to even bark.  Now, he's not only found his voice, but he's not afraid to chase three large deer through the neighborhood.

He doesn't see himself as small.  Instead, he sees himself like the shadow he's cast in the above picture--much bigger than he really is.

It makes me wonder how we see ourselves?  I know too often I feel small and inconsequential, but I think that we are all more like Percy than we realize.  We all cast long shadows.  We just fail to realize it.  As a result, we fail to chase after things that excite us.  We settle for living small lives.

I don't think we have to do this.  I think we all have the capacity to be as big as Percy.  I think we can all find our passion and chase after it.  Even if it's three-deer big.
Posted by Stephanie at 12:28 PM