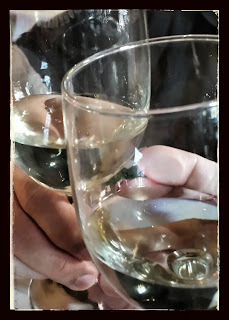 This is the post I've been dreaming of writing for years.  Finally, after all of the editing, the revising, the fear that I will be revealed as the fake writer that I am...I have a book deal!  My novel, The Peculiar Miracles of Antoinette Martin, will be published by Algonquin Books!  Algonquin is good enough, but even better is that my editor (who I love already!) is Chuck Adams.  Some of you might know him from a little book called Water for Elephants.  Yep, he was the editor for that book.

As if that's not enough, the Italian and German rights have also sold!  Let me tell you, there has been much celebrating at the Knipper house!  I got the offer on a Thursday.  Steve was out of town and the kids were at school so I spent several minutes dancing around the house (Risky Business style but fully clothed.)  Then the kids came home and I pretended to have everything together.  Our conversation went something like this:

"My book sold."  (Inside I was jumping up and down.  Outside I was checking homework.)

"That's great!" they said as they leaped up from the table and piled on my.

After that I couldn't keep up my cool façade and I laughed along with them.  Side note--one of the great things about having kids is that you can act like a total idiot and they think it's funny.  In fact, most of the time, they'll jump right in there with you!

We waited to celebrate until Steve got home on Friday.  Then we all went out to the Olive Garden where the boys serenaded me with a song and dance number they created called, Algonquin Style.  (Sung to the tune of Gangnam Style.  Yes, we drew lots of stares.)

On Saturday, Steve and I went out without the kids.  It was spur of the moment--on Saturdays, I usually go to Starbucks and write for several hours.  When I got home, Steve grabbed me and off we went.  (Which explains my attire in the picture below.  We're in a nice local bistro, and I'm wearing my "Love the Orphans" T-shirt and jeans.  Hey, it's Kentucky.  This is how we roll.) 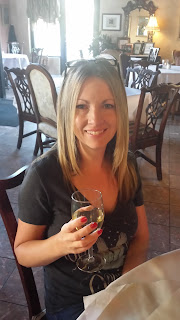 From start to finish, the submission process took about three weeks.  It was the most agonizing three weeks of my life.**  I'll write more about that in the next post, but it was full of ups and downs.  I felt like I was on a roller coaster.  I was NOT FUN to be around.  But in the end--as most things do--everything worked out.  And now, I have a book deal!

**Not true--the weeks surrounding Zach's birth were much worse.  But, I'm a writer.  It's my job to embellish.
Posted by Stephanie at 1:12 PM